In October of 2008, members of the United States Military Academy’s Class of 1998 stood together at their 10th reunion, reminiscing about their first decade as members of “The Long Gray Line.” Their lives had changed inextricably in that short span – they had left West Point in May of 1998 with the class motto “Duty Will Not Wait,” perhaps not fully realizing what the profession of arms would mean to them. Ten short years later, these classmates had deployed all over the world – to Iraq, Afghanistan, Kosovo, Bosnia, and other places less known. Many had seen combat. All had lost friends and classmates in the process. As such, the class adopted a new motto for their reunion: “Duty Did Not Wait.”

While paying tribute to their fallen brethren at the reunion, a small group of classmates decided Duty continued beyond the end of military service and they determined the best possible tribute to those classmates who had lost their lives was to ensure the well-being of their families. The plan for a Memorial Scholarship was born. Two years later, the West Point Class of 1998 Memorial Scholarship Fund, Inc. (“The 98Fund”) was fully incorporated in the State of Virginia and was officially recognized by the IRS as a 501(c)(3) Non-Profit Organization (EIN: 32-0289471).

As the years progressed following its founding, members of the Class of 1998 saw the nearly continuous combat in which the nation and their classmates were engaged meant a need to expand The 98Fund’s role. No longer simply focused on scholarships for the children of fallen classmates, The 98Fund’s goals were broadened to provide help to classmates who returned from combat different than the way they left, to create opportunities for the children to preserve the memories of their parent(s), and to remain ready to meet additional, unforseen needs that arise due to the dynamic and ever-changing battlefield of the 21st century.

Governing documents and financial statements associated with the West Point Class of 1998 Memorial Scholarship Fund, Inc. are available upon request.
Please contact us to submit any such requests.

Designed by RockyNesta.com | Copyright The 98 Fund 2021 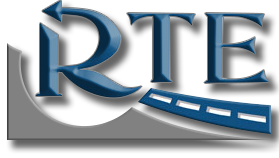